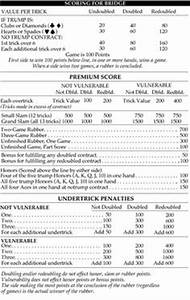 There are two types of decks used for this game: the standard deck and the standard match deck. Both decks are shuffled and then dealt out in the same way that is usually done in a regular card game. The object of the game is to form the “royal flush” which consists of a card of any suit in the four suits of the standard deck. When all four cards of the royal flush are put together, the person with the highest ranking card from the deck wins.

The first rule for bridge is that players should sit in the same manner they would in a regular card game. This includes sitting in a straight line and not a curve. They must be on the same side of the table or facing the other players. There is a time limit on each round, and that is the time before the dealer’s card is revealed.

There are five playing cards dealt to each player during the course of the game. A new deck of cards is used at the start of each round and the players are dealt four cards to each of the four suits. The suit of the cards that are dealt out are determined by the rules of the game. The game consists of the dealer dealing four cards to each player and then the players playing cards from their hands, one at a time. The person who first deals the cards must play the cards that are dealt first to the left of the dealer.

The second rule for bridge is that a player is not allowed to deal any more cards to himself or herself than the card of that suit can already contain. If the player already has an eight-card suit deck and is dealt four cards in the first round, then he or she must play them all, or put them back in the deck and deal with them once more. The last player to deal is the dealer and the game proceeds in the same manner as the first. No more than one player can act in a round and no one can deal a card to himself or herself.